What is SEJ Summit?

SEJ Summit "A Day of Keynotes" is a unique conference experience tailored for search marketers.

The event features a single track of vetted, keynote-style presentations given by industry experts and over three hours of high-quality networking opportunities.

We have you covered all day. Catered meals (a continental breakfast, sit-down lunch with speakers, refreshment breaks, and a networking reception with full bar and tray passed hors d'oeuvres), high-speed internet, downloadable speaker presentations, and gifts from participating sponsors will be provided.

No sales pitches, product demos, or sponsored content is permitted during SEJ Summit sessions. Our top priority is to provide an actionable, impactful, and memorable experience for you. Joining Google in 2005, Maile works closely with Google’s Search and Webmaster Tools teams as a Developer Programs Tech Lead. Her goal is to support and advocate on behalf of all site owners. A few of Maile’s projects include rel=”canonical” (co-author of the IETF RFC), and rel=”next” and rel=”prev” for paginated content. Maile often speaks publicly about SEO, including keynotes at SES Chicago and SMX Munich. She also co-authored Building Web Apps for Google TV (O’Reilly).

Prior to Google, Maile was a systems integrator specializing in content management systems for organizations including AT&T and the Office of the Secretary of Defense. She earned a B.A. in Cognitive Science with a Computer Science emphasis from the University of California at Berkeley. As Head of Publisher Policy Communications at Google, John collaborates with leadership and functional heads across the company to articulate policy direction and strategy to publishers. He also serves as Google’s subject matter expert for the overall industry, providing publishers with feedback and guidance on important issues. John has history as an advertiser, publisher, builder of ad networks, and has managed data for over 90 Ad Networks. In each of these roles, he developed solutions which grew relationships, protected advertisers and assisted publishers in developing solutions for smart, scalable growth. Kevin Henrikson leads engineering for Microsoft Outlook iOS/Android. Previously, he co-founded Acompli and ran engineering prior to an acquisition by Microsoft in 2014 for $200M. Before Acompli, he was an Entrepreneur-in-Residence for Redpoint Ventures, a venture capital firm for early stage technology companies. William optimizes and accelerates growth efforts for LinkedIn using multiple digital marketing channels including organic search, paid search, paid social media marketing, and app store optimization. Prior to that he was at Disney for over six years, where he led Digital Marketing teams for a broad portfolio of Disney Interactive properties including websites and games. Melissa Palazzo is the President of Ant Farm who, along with a talented team, works continually on award winning campaigns for some of the biggest names in entertainment and media. Under Melissa’s leadership Ant Farm has earned numerous accolades and awards in advertising and promotion, a few of those include, a Cannes Lion Award, multiple Emmy Awards, Effies, Telly Awards, Game Marketing Awards, several Broadcast Design Association Gold Awards, and multiple Clio Awards.

Melissa is a creative, high-energy, entrepreneurial business and marketing professional with nearly 20 years' experience in leading creative, strategy, agency operations and talent for some of the most prestigious brands. Prior to her role as President of Ant Farm Melissa has held leadership positions at Ketchum Public Relations, USA Networks, Miramax Films and Sony Pictures. Melissa is a strong believer in a motivational management style with an emphasis on staff growth and development and has a history of building and retaining award winning teams who love what they do. Proven success in establishing strong industry and client relationships as well as business development, creative ideation and an expertise in heart centered leadership. Melissa is on the Executive Board of A Place Called Home, a wonderful organization which focuses on creating opportunities for children and teens in South Central Los Angeles. When not trying to take over the world she enjoys doing improv and baking gluten free cookies with her tech savvy husband and their adventurous toddler daughter. Anne Ahola Ward is an SEO, Futurist, and CEO of CircleClick Media, founded in 2009. She has nearly 20 years of experience working on the web in various functions, having mastered almost every role in web development: DBA, webmaster, developer, graphic designer, and video editor. She was a developer for 10 years, and through her love of analytics, Anne transitioned into the field of SEO as the field was forming. Anne now specializes in SEO, analytics and social media. She is currently writing the next SEO book for O’Reilly, entitled SEO for Developers, due to be published July 2016.

Anne was named as one of Entrepreneur magazine's 27 Top Masters of Marketing and PR that everyone can learn from. In 2015, she was invited to be a part of the elite IBM Futurist program, as a Commerce Influencer. Anne has previously been a speaker at IBM Insight, PR Summit, Developer Week, and the Search Engine Journal Summit. Jeff Preston is the SEO Manager at Disney Interactive. He leads the search optimization of Disney's entertainment sites including TV, movies, music, games, and videos. Prior to joining The Walt Disney Company, Jeff worked at PEK Interactive Japan, managing search marketing campaigns for clients in the Asia/Pacific region. Larry Kim is the founder of WordStream , a leading search marketing software and services provider based in Boston, managing approximately over a half-Billion in annual ad spend across over thousands of customers. He regularly shares his advice and insight with over a million visitors a month at his WordStream Blog and is a columnist and top contributor for leading industry publications including Inc. Magazine, Search Engine Journal and Social Media Today.
Larry has spoken at numerous industry events including INBOUND, SMX, Pubcon, ClickZ/SES, SearchLove, PPC Hero Conference, SEMPDX, MNSearch, SAScon, Marketing Festival etc.. He was recently named "Most Influential PPC Expert" for 2013 and 2014 by PPC Hero Blog and marketing agency 3Q Digital and won ClickZ's Digital Marketing Hall of Fame and Small Business Influencer awards in 2013. Loren Baker is the creator of Search Engine Journal, and co-founder of consultancy firm, Foundation Digital. Loren has been involved in the internet marketing field since 1998 with a background in paid search and search engine optimization. In 2003, he began blogging his research and thoughts on the industry, which blossomed into the current Search Engine Journal. He currently resides in the Los Angeles area.

Be the first to know about what's happening at SEJ Summit.
We'll keep you up to date on the many networking and learning opportunities in store for you.

Showcase your brand as an industry thought leader, and get in front of our community of search marketing professionals. Download the sponsor prospectus here, or email jessica@searchenginejournal.com for more information.

Our day of learning and networking includes a single track of eight 20 minute sessions and four Q&A panels. Sales pitches, product demos, and sponsored content is prohibited during sessions to ensure that you receive a high-quality educational experience.

Start your day early with us. Get to know speakers and fellow attendees over a hearty breakfast, or get some work done with the complimentary WiFi.

Claim your chance for 1-on-1 time with a speaker of your choice during our intimate, catered sit-down lunch. SEJ Summit speakers and panelists will each host a table for up to 10 attendees.

Make more friends after the conference, or get to know new ones better. We'll top the day off with a hosted happy hour reception equipped with a limitless bar and tray passed hors d'oeuvres. 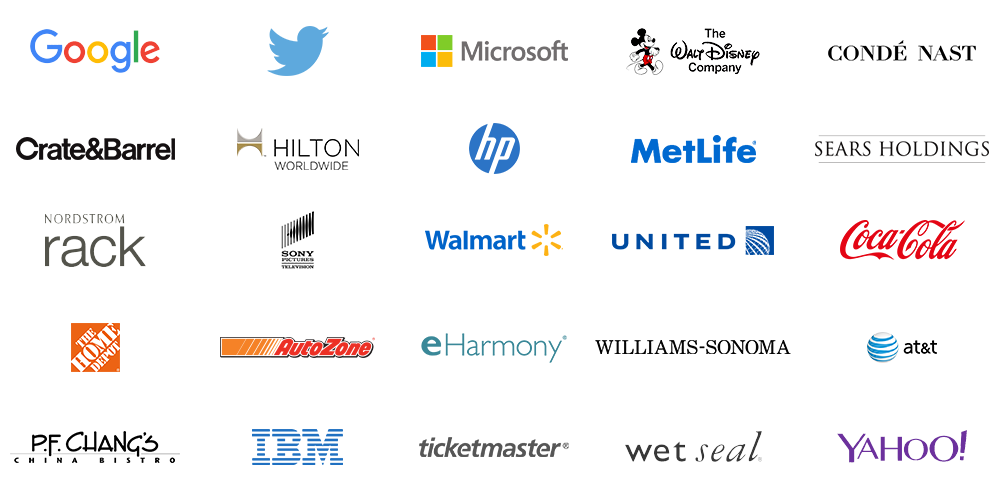 Who should attend SEJ Summit?

Where can I purchase a ticket for SEJ Summit?

Tickets are available at http://search-engine-journal.eventbrite.com/.

What does my ticket include?

Sessions will run from 10:00AM to 3:00PM. Each presentation is limited to 20 minutes and will be followed by a 10 minute Q&A. Catered breakfast, lunch, and breaks will be provided. We’ll top off the day with a cocktail networking reception so you can mingle with speakers and other search marketing pros.

Content is tailored for the professional search marketer. Topics covered will include: SEO, paid search, social media, content marketing, CRO, UX, Google happenings, actionable tips on linking, and how to make things happen in house. Check out presentations from our 2015 conference series here.

How much is parking?

Loews offers valet parking only. Attendees will receive a discounted rate of $15 per car. The nearest off-site lot to is located at 333 Civic Center Drive, on the corner of Olympic and 4th (a 6 minute walk to the venue).

Can I speak at a SEJ Summit?

How do I become a sponsor?

To learn more about how your company can be a featured sponsor, send an email to jessica@searchenginejournal.com. Subject line: SEJ Summit Sponsor Inquiry

If you have additional questions about SEJ Summit 2016, please send an email to Event Director, Jessica Cromwell: jessica@searchenginejournal.com