Is Google overreaching with this program? Or is this the future of PPC?

1. What is Ads Added by AdWords?

Ads Added by AdWords is a new Google pilot in which Google writes new ad variations for you that are designed to improve your performance. Here’s the AdWords help page.

Google claims that adding more ads to ad groups can improve performance between 5 and 15 percent.

Advertisers began receiving notifications about the program around Jan. 12. If you haven’t received an email from Google, then you aren’t in the program.

2. How Does Google Generate These Ads?

According to an email sent to advertisers who were selected to take part in the pilot program:

“Ads will be created based on information you’ve provided in your existing ads, such as your headlines, description, ad extensions, or information found on your ads’ landing page. New ads will only be added to each ad group once.”

For the initial test, Ads Added by AdWords were created and reviewed by people on Google’s product and sales teams, not machines, according to Search Engine Land writer Ginny Marvin.

However, the way Google is generating these ads has Kirk Williams, founder of PPC agency ZATO, concerned – especially if/when this becomes totally automated.

“I am primarily concerned about the possibility of ad text being pulled from the landing page,” Williams said. “Does that mean we could have DKI-like fiascos in which random parts of the footer are being dynamically pulled into these new ads?”

3. Which Ads Did AdWords Add?

This is quite easy to see. Any ads AdWords has added have their own green label. Here’s a screenshot: 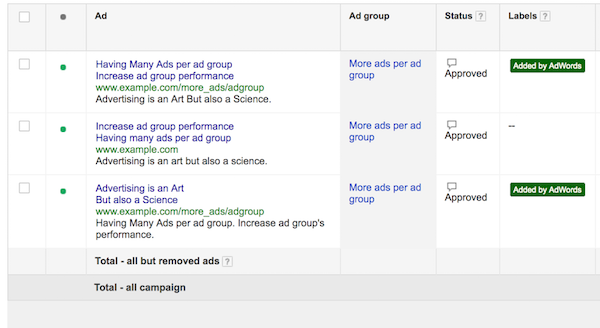 4. Do You Have Any Control Over the Ads?

Yes. You can pause or remove any Ads Added by AdWords anytime.

However, rather than adding new ad variations as a draft, Google makes the ads live. That’s great if you trust Google 100 percent, but not so much if you or your client wants to review your ads before you start paying for them.

Advertisers, not Google, should have control over ad content, said Melissa Mackey, search supervisor at the Gyro agency

“Many advertisers have strict copy requirements, ad elements which must be included, trademarks, etc. – and AdWords would have no way of knowing these,” she said. “Ads could potentially appear that are off-brand and off message.”

Lisa Raehsler, founder of online marketing agency Big Click Co., said that most advertisers spend a great deal of time crafting the messages in their ad texts. And for good reason.

“Advertisers in certain industries have regulatory limitations as to what can be communicated in ads,” Raehsler said. “In these cases, it may cause issues if they run unapproved ad texts.”

“As the publisher, Google is in an inherent conflict of interest position when it comes to manipulating ads in rotation, especially with weak disclosure to advertisers,” he said. “Here’s a radical concept: let combatants in the ad auction sink or swim on their own. Let the system govern itself, motivate itself, and come up with its own creative ideas to improve. Lest we all become witless, passive marshmallows from having it all ‘done for us.'”

Yes. All you have to do is fill out this form.

Many experienced AdWords professionals will likely opt out if this becomes a feature in every account.

Goodman said he feels uncomfortable with any unsolicited help in managing client accounts.

“I think tools that would provide advertisers data about which ad elements are doing well, so that they can run better tests, might be quite welcome,” Goodman said. “But should that really come from Google?”

Williams noted that every one of his agency’s clients are concerned about the PPC ad creative, with a few even requiring approval of all ad copy.

“This basically means I would opt out of every account for the feature, which then begs the question as to the benefit of the feature in the first-place,” Williams said.

Testing is one huge concern among PPC experts. Marketers who spend time carefully crafting ad copy tests are worried that adding new PPC ads into mix will be problematic and throw off their results.

“Advertisers often test specific ad elements: headlines, calls to action, etc.” Mackey said. “AdWords would have no way of knowing that these tests are in place, and may throw in ads that don’t conform to what’s being tested.”

Williams further illustrated the issue with an example scenario.

“If I am running an ad test in an ad group and have been specific about the timeframe and creative running against each other, and then a third ad magically appears in that ad group it will complicate the results,” he said. “This is especially true if running multiple ad tests with labels across ad groups. It could be that I don’t even realize there is a new ad in the mix, were I to not opt out of the feature in the first place.”

7. So… Are There Any Positives?

Love it or hate it, this is the future of PPC, according to Larry Kim, founder of WordStream.

“When it comes to ad text testing, many of advertisers, particularly smaller businesses, are failing to optimize ads. Assuming this really works, then I could see how this could be very helpful,” Kim said. “After all, organic search listing descriptions are automatically generated by scraping content. Why can’t the PPC ad text do the same?”

Despite some obvious flaws, Raehsler does see potential good in Ads Added by AdWords.

“For smaller advertisers with less stringent ad copy requirements, this could be helpful and eliminate some work associated with creating multiple ad texts,” she said.

Williams added that he genuinely welcomes input into the ad creation process because you never know how each ad will perform. However…

“I think this feature would be better served as an account suggestion rather than an automatic addition to the account,” he said. “Perhaps the idea behind these new ads is itself better than the application AdWords chose in this instance.” 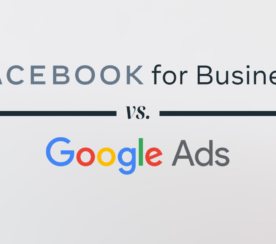 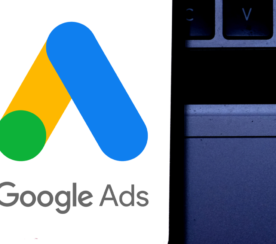 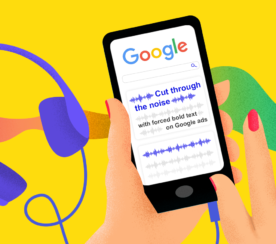