Search results continue to churn three days after Google announced the May 4 2020 update. Google warned it may take a couple weeks to settle. This is why that might not be good.

Most updates settle fairly quickly with minor changes along the way. This update is different.

It’s becoming increasingly evident that this update is big.

The changes are felt by many and the results seemingly change hour to hour and day to day.

I haven’t witnessed an update as widespread as this one since 2003.

Why Updates Cause Ranking Volatility

One of the reasons the search results become volatile is because it may take some time to roll out the changes to all the data centers globally. When your browser hits a data center it could be receiving old data or the new data.

Another reason to explain the constant changes is because there are multiple factors that are changing.

What commonly happens is that an update rolls out followed by a period of relative calm that is then interrupted by more changes that sometimes reverses the losses.
As I understand it this known as reversing false positives. False positives are when relevant sites are unintentionally affected by an update. After an update the Google engineers will measure the feedback, review the search results and tweak it to smooth out the false positives.

Numerous people I spoke with described this update using words like “carnage” and mentioned how inconvenient it was to do this to businesses at such a dire moment in time.

“This appears to be one of the most significant updates in recent memory. It’s too early for anything other than analysis, but I’ve seen sites in multiple verticals affected.

It’s not clear who the winners are yet…”

Several people shared that while it is yet early, they are seeing changes across many industries, notably in the health related topics.

Who is Affected By the Google Update?

There are many reports that mention fluctuations in local type search results.

You may have heard that there has been a lot of volatility in the local search results lately. I've been checking through some of my @whitespark Local Rank Tracker campaigns, and here's a good visual that shows how the turbulence started on April 23rd: pic.twitter.com/dkCQ9IMkjE

Some are theorizing that sounds reasonable is that Covid-19 may have affected some parts of Google’s algorithm that determines what it is that people want to see when they make a search query.

Is it possible that Google added a change that makes Google’s algorithm more sensitive to these changes? We really don’t know.

Another factor I’ve seen is that some are reporting that sites with actual brands that have been around have gained, while less branded sites have lost.

Google’s update appears to be affecting SERPs worldwide. Reports on WebmasterWorld indicate volatility from the United States to Europe to Australia simultaneously.

Japanese search engine marketing expert Kenichi Suzuki (@suzukik) told me that the update is being keenly felt in Japan.

This is what Kenichi said:

Related: WTF Is Thin Content? (And How Do You Fix It?)

What Do Updates Target?

It’s important to understand that Google broad core updates do not generally target a specific industry.

A change in the algorithm could have a strong effect on an industry but that does not mean the industry was specifically targeted.

Google has an established recent history of rolling out broad core updates that affect factors like understanding user search intent and for understanding what web pages are about and how those pages are relevant to search queries.

For example, a change to better understanding search intent can affect how Google ranks medical related sites are ranked.

So if medical related sites seem to be disproportionately affected, that could be the effect of a change in understanding search intent.

Link related factors have also been a part of recent Google algorithm updates, like when Google decided to selectively use some no-follow links for ranking purposes.

What Do Updates Reward?

Google doesn’t really reward sites for any particular quality. Google ranks websites for how relevant they are to a search query.

Google also uses the link signal to determine the popularity of a site and what it is relevant for.

Do Updates Focus on Quality?

Google always aspires to not rank low quality sites. What matters most is whether a web page satisfies a user when they make any particular search query.

It’s important to wait until the search results settle down before making any changes.

Keep an eye out for sites that are winners and try to understand why those sites have succeeded. Don’t seize on the most obvious reason though.

It’s best to view the changes through the lens of how a site best addresses the search intent.

Related: Google May 2020 Update: What We Learned 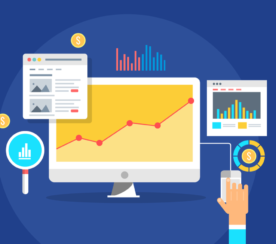 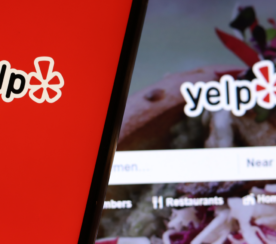 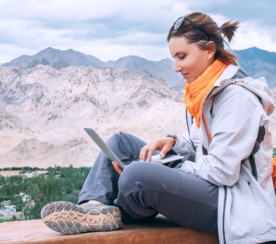 5 Search Marketing Skills That May Save Your Life