And beats its pants off. [Sorry we were just brainstorming linkbait titles about John Daly’s pants.] I was asked to speak about “Capitalizing on the Twitter Revolution” at Pubcon. So I talked about Facebook. 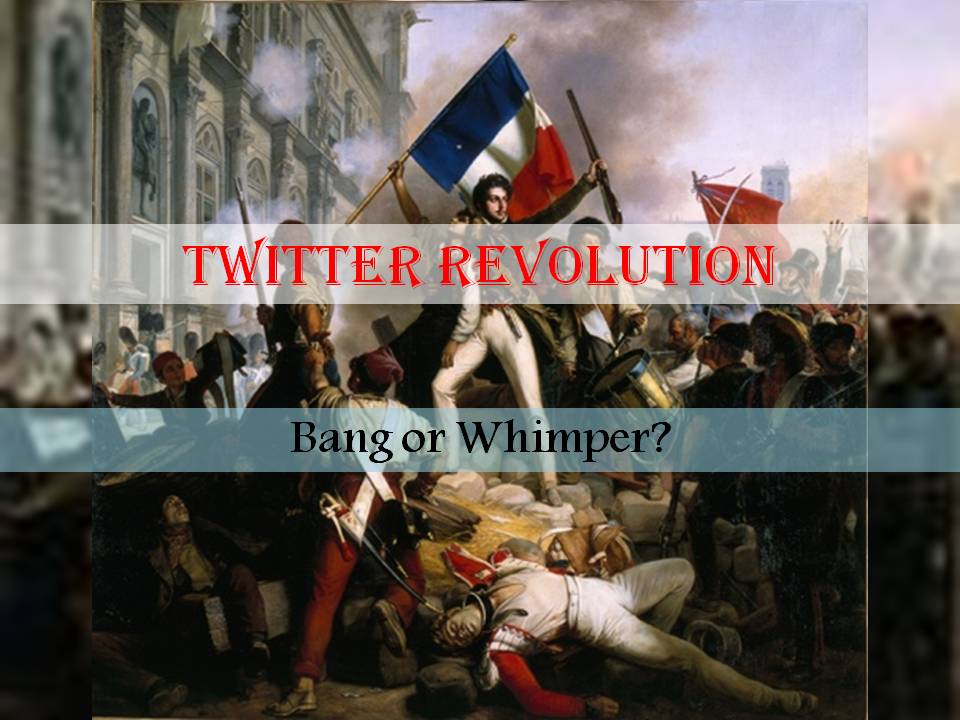 The following chart shows Twitter really taking off in 2009, but…

But Twitter was a lot cooler in 2008 when it was smaller. And the following chart shows something very interesting about Twitter for marketers: Interest in Twitter marketing grew in the first half of 2009 but has stagnated since.

In my work with TweetROI, I’ve monitored what people tweet on phrases like “twitter marketing” and most of what I saw was the spammiest, lowest quality Internet Marketing- hypey new product cut-and-run strategies and lazy, uncreative tweet promotions.

Also look at this: The volume is lower and the lines more volatile, but Twitter marketing is clearly losing to Facebook marketing and stagnating.

Why is this happening?

Yes,I have enjoyed Twitter’s geekiness. I have no problem with @ symbols or formulaic syntax. But not everyone in the U.S. or the World is like that.

Is this fundamentally fallacious? Twitter had great synergy with writers – the press, and bloggers – so it was more scrutinized and buzzed up.

Facebook is multimedia and holistic but dare-I-say “common”. It’s easier to be condescendingly expert on Twitter’s side than Facebook’s.

So as is typical for me, I’ll buck the trend. In other words, right now if you ignore Facebook marketing, you’re like a 1986 Sony fan ignoring VHS. I knew a guy like that and he was an alcoholic. In other words, you’re an alcoholic geek. I’m kidding! I’m not saying Twitter is Betamax and going away, but you can’t ignore what the mainstream prefers, unless you only market to internet geeks.

Check out my whole Twitter Marketing vs Facebook Marketing presentation on Slideshare- it’s funny and it includes tips on how to get more page fans- oops I mean page likers.