“Is there a particular kind of schema that is more likely to obtain a featured snippet or voice search results?”

“I don’t know. I can’t think of anything offhand.”

Does Google Use Structured Data for Featured Snippets?

I  believe it’s notable that nothing in particular came to mind when John Mueller considered it. It may be a reflection that structured data may not be deeply associated with the algorithms used to generate featured snippets.

“…featured snippets in particular I don’t think it has any type of markup specific to that.”

John Mueller then offered insights into what to do to make it easy for Google to understand the content and possibly rank it for featured snippets.

“So that’s something where you have clear… structure on the page, that helps us a lot.”

When John Mueller said “clear structure” he may have been discussing a well organized page of content.

A useful reference about expressing ideas clearly is The Elements of Style, by William Strunk, Jr. and E. B. White.  If you are interested in clear structure in content, I highly recommend reading that book. It teaches how to outline an essay or article to better communicate the subject matter.

In my opinion it’s important to plan and outline the content, diagramming the points you want to make. It must have a beginning where it announces the topic in a general manner, a middle section that discusses the particulars then a final paragraph that restates the main topic.

In terms of HTML, one can use Heading elements to create a hierarchical structure of ideas to better communicate what the topic is about. Hierarchical, in this context, means listing ideas by order of importance.

John Mueller recommended the use of tables:

“We can recognize tables on a page, we can pull it out easier.”

Using tables is a great way to organize content, to give it “structure” as John Mueller stated.

He then offered a warning about using fake tables:

“Whereas if you use fancy HTML and CSS to make it look like a table but it’s not really a table, then that’s a lot harder for us.”

John Mueller answered that those can be helpful because they will sometimes show up in the search results pages (SERPs). But he answered that he didn’t know if that would work for featured snippets.

Writing content without a clear outline can result in a fuzzy piece of content lacking in structure.  In my experience, successful content that ranks is planned and outlined ahead of time… with clear structure. 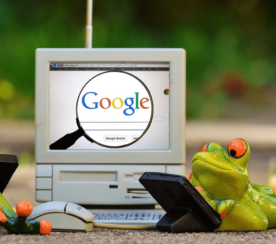 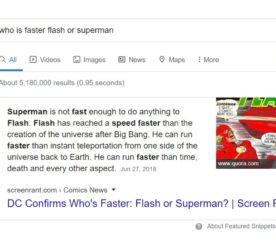 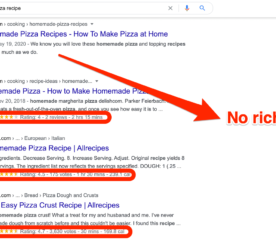